New USPS® Rates Are Now in Effect! Get a breakdown of the new rates and the major changes > 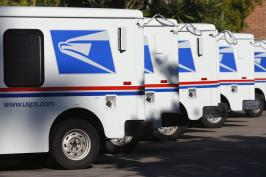 We've provided a summary of the changes below. For more detail read the official approval from the Postal Regulatory Commission (PRC).

There is a silver lining for postage meter users. While the price of stamps will increase to 49 cents, metered mail will see a reduction to 46 cents, increasing the meter discount on First-Class Mail to 6% for a 1oz letter.

Which Shipping Services Rates Will Change?

Overall, prices for USPS Retail Ground increased by an average of 3.8 percent.

On average, the price for Parcel Return Service has increased by an average of 5.5 percent.

The fee for USPS Package Intercept has increased by 3.2 percent to $12.95.